Allison Ponthier is an American indie folk singer and songwriter. Her single “Cowboy”, was named one of the “25 Best Songs by LGBTQ Artists of 2021 (So Far)” by Billboard. We love everything about this song, “Late Bloomer,” it was one of our faves of the week. 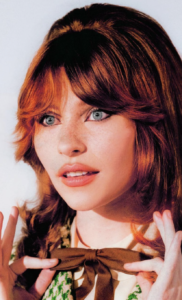