Mauro Samaniego is one of the most influential artists on the Ecuadorian music scene in the last decade. Mainly recognized for being the leader of Da Pawn and Crew of Bears, two precursor bands of indie rock in Ecuador. Since 2019, Samaniego begans his solo career by releasing three singles. Of LUNA he says, “ It’s a journal of mine where I’m transitioning from not being an old teenager and becoming a young adult at age 30. There is a search for sounds, trying very new things” 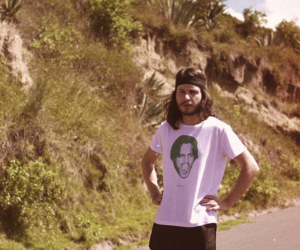