“Shit-Pop Band from London and North of France.” Ralph Of London‘s music spawned from the sub-genre infused British Pop undercurrent. Their sound is a compound of music. The group bring together conventional instruments to produce an unconventional sound. Ralph Phillips started the band in 2016 when it was just him. Now it’s a 4 piece. Their latest release, ‘Yellow Sky Highway’ is out now but “Heaven’s Guts” is what you will hear on WHOOOSH! 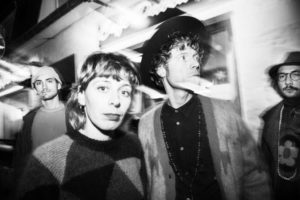