This is the best artist band since King Gizzard & The Lizard Wizard!

Orlando Tobias Edward Higginbottom, known professionally as Totally Enormous Extinct Dinosaurs, is a British electronic music producer, DJ and singer-songwriter based in the United States. A classically trained musician, he attended the Junior Royal Academy of Music in London. His next album When the Lights Go, is due summer 2022. About the nutty name, Orlando commented to Spin that he was looking for a name that “couldn’t be cool, couldn’t be put into some kind of scene that gets hip for six months and then falls out of fashion.” 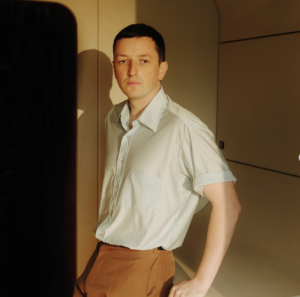