“Gold in my Dome” is dubbed a ‘rap tune slash club banger’ – which showcases Mother Marygold’s mystical vocals over a four-to-the-floor beat from Joy Anonymous. Mother Marygold is an artist born and raised in New Orleans and she credits the dark tones of New Orleans jazz culture for the sound that changed the landscape of underground music. For her, it was the culture that spoke, helping her cultivate a sound that was unfamiliar but relative. 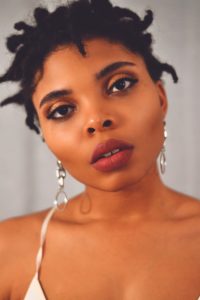